What is a grease trap?

A device used in commercial establishments to remove excessive amounts of grease which could interfere with proper drainage of waste water. It is usually located outside of the building and buried below grade. There are many different sizes and shapes and of course there are the formulas that are the city plumbing codes that will dictate you the size grease trap that you will need. 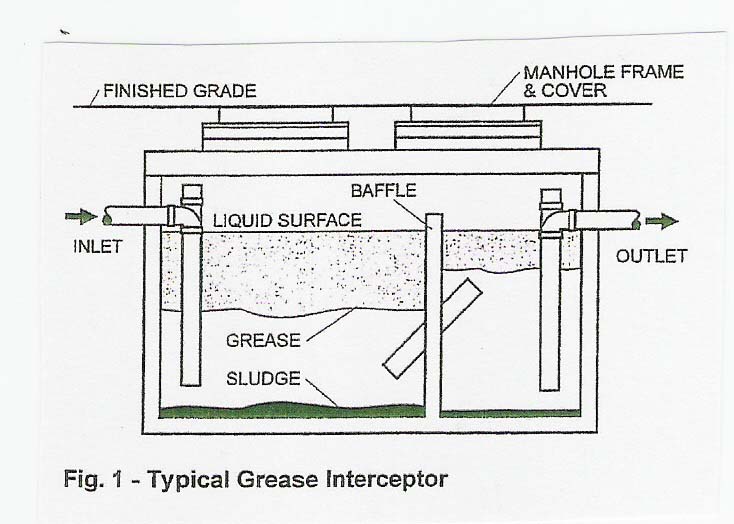 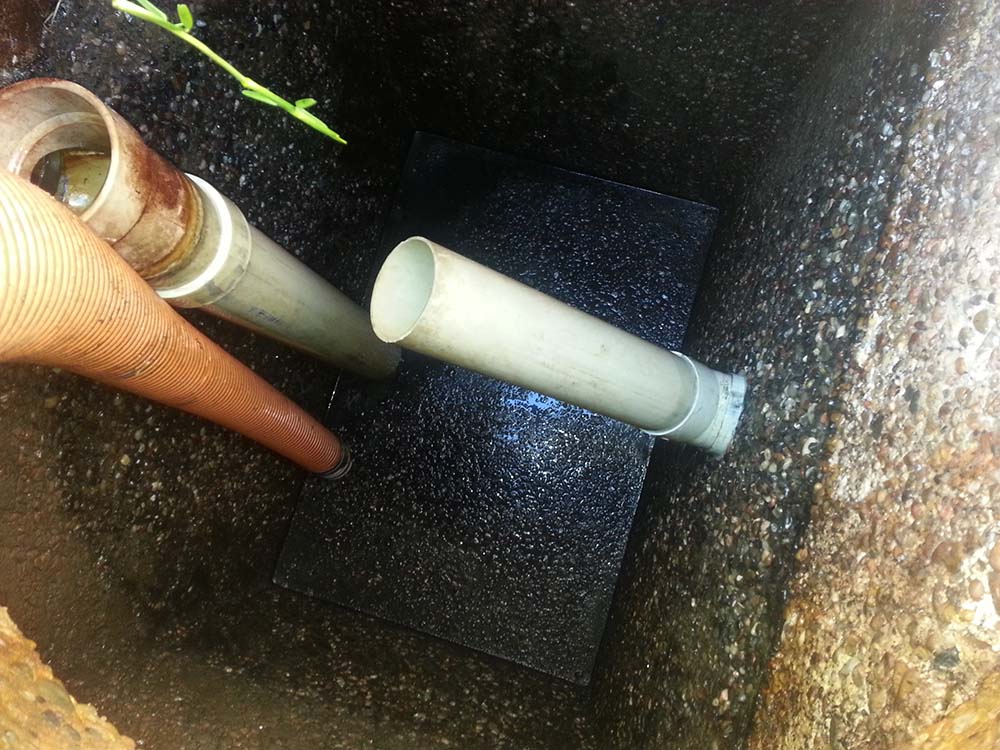 What does it do?

A grease trap intercepts liquid, greasy waste and garbage and then retains it for an amount of time sufficient to allow cool down and promote separation of the grease from the water.

How does it work?

The trap contains several compartments where the grease coagulates and floats to the surface.  The garbage will either float to the top or sink to the bottom. The cleaner water stays underneath the floating oils and grease and above the sediment that has settled to the bottom. When the water exits the grease trap through the sample well it should be free of particulate and grease otherwise known as TSS (total suspended solids) and FOG (fats oils and grease). 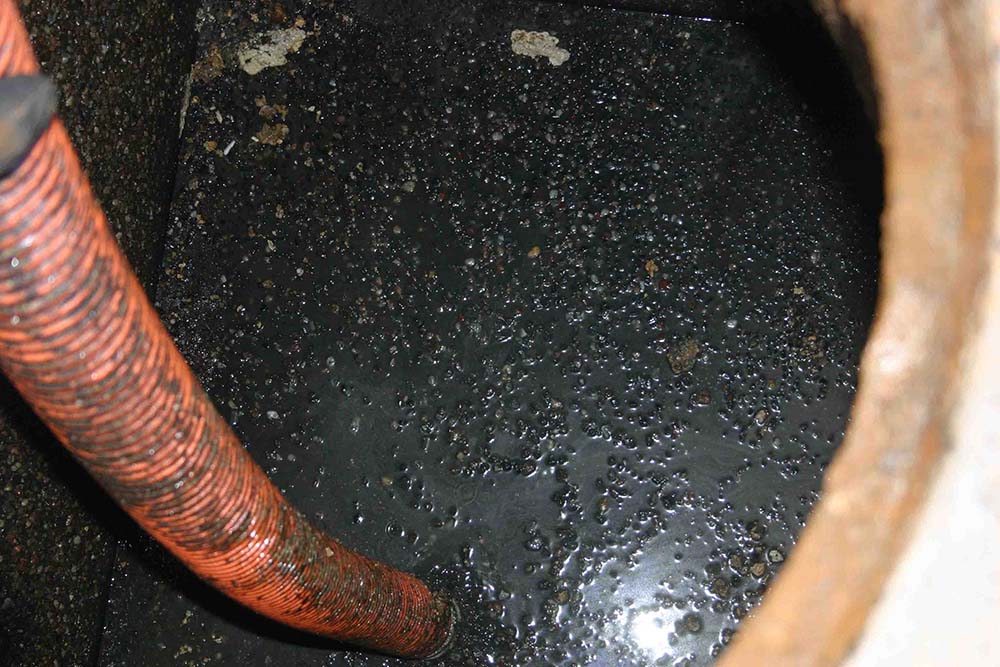 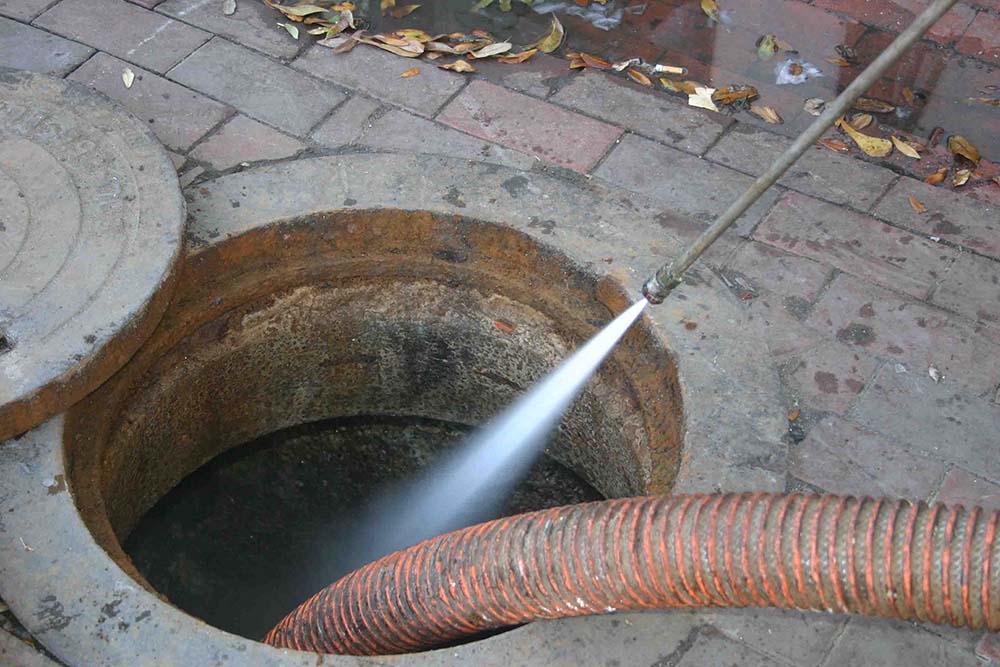 The most important key to the successful operation of the grease trap is the maintenance program. The trap should be cleaned (pumped out) routinely to prevent the escape of large quantities of grease. The City of Houston requires mandatory quarterly cleanings and imposes fines for non-compliance.

The City of Houston also charges industrial users three times as much for TSS as it does for BOD(biological oxygen demand). Bakeries get hit particularly hard if they don’t keep their traps cleaned out due to build up of dough on the bottom of the trap which renders their trap less effective enabling higher BOD’s and TSS’s to escape the trap. Once the city puts in a monitoring station it is too late!

How do you clean a grease trap in a parking garage?

These traps prove challenging for most grease trap service providers because 98 percent of vacuum trucks are taller than 7′ and most parking garages are set up with a 6’6″ clearance. There are a couple of options available out there for pumping these grease traps. If the trap is in a parking garage on the ground level your best option is to drive up next to it and pump it out, however if the truck does not fit your service provider  will likley have to run multiple hoses and take extra time ( means $) and block off parking spaces to access the grease trap. Other solutions for basements and lower level access click here! 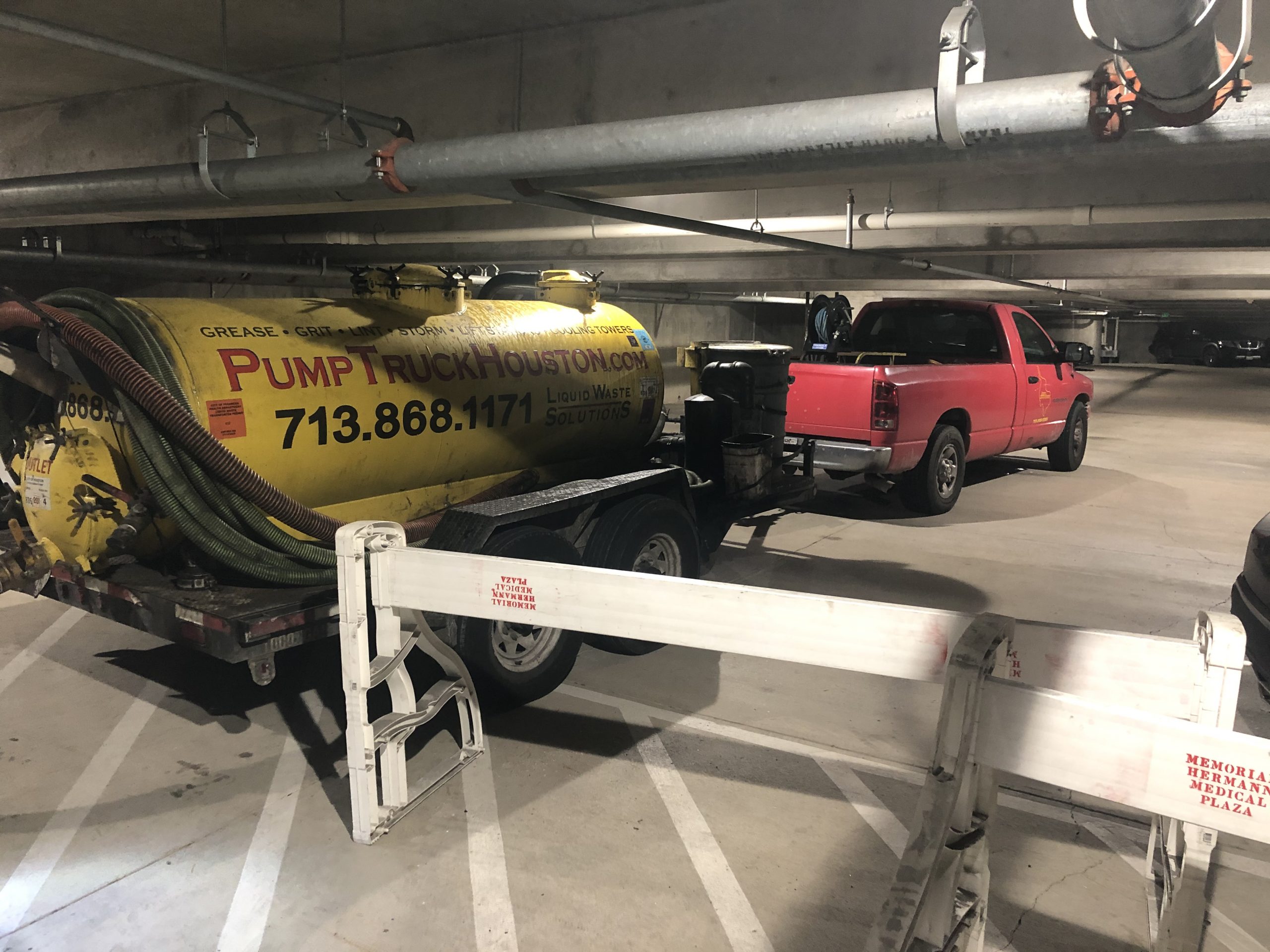 Send us a Message

If you have any questions about our services or need to schedule a cleaning give us a call or shoot us an email. We take the time to make sure your job is done right the first time!